How to Ask for Allowance From a Sugar Daddy 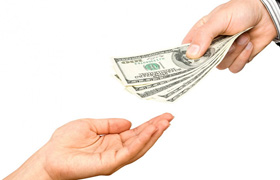 It is understandable that there comes a time when you would like to ask for allowance from your sugar daddy. But a frequently asked question is "How do I do that?" because most women are not used to talking about money, not to mention asking for money!

Finding a sugar daddy is one thing, but really getting the sugar that you deserve is another. We understand that kind of challenge; therefore, apart from listing the best sugar daddy websites in Australia, we are also going to give you some great tips so that you'll know how to gain the benefit in a relationship like this.

Compared with other developed countries, the percentage of millionaires in Australia is much higher. Yet not every man on sugar daddy websites is generous, so you need to be able to identify who is an eligible sugar daddy and who is not.

Some men on sugar daddy websites pretend to be sugar daddies because they want to be perceived as rich men, but they aren't really rich. (You know in Australia, having one million dollars is quite common now, and probably the lifestyle supported by the net worth of one million isn't really fabulous -that's why some "sugar daddies" are stingy.)

In fact, asking for allowance is a very effective way to tell whether a man is a real sugar daddy or not!

When you meet him, be spontaneous, funny and sexy. Meanwhile, you ask him, "Have you had similar arrangements before?"

If he says he never had an arrangement in the past and he asks how much allowance you expect, you simply say, "It depends on the details of our relationship." (Remember to use "our", "we", "us" language more often, because you may want to plant the seed of developing a relationship with him at the beginning of the interaction.)

Remember, negotiation is male language/thinking. Men don't like masculine women, but men like women who are able to think like men. So on the first or second date, your goal is to negotiate with your sugar daddy and see if he is an eligible sugar daddy. Meanwhile, remember to look feminine and talk in a feminine tone, but the actual message you communicate is masculine.

When you talk about allowance early, your sugar daddy may feel like he is attending an interview (which implies that there is a competition), so he might want to win you over by offering something impressive if he likes you.

If he isn't happy to give you allowance, you can find it out early and move on to the next candidate!